A.P. Bio – Upcoming Season 3 and shift from NBC to Peacock

We aren’t talking here about the A.P. Bio test. “We are not geeks”. We are discussing the upcoming season 3 of A+ comedy show A.P. Bio. So trailers are out and the audience is loving it. But there is a slight change. No not any starcast thing. It’s the streaming house.

Earlier it was streamed on Hulu but now it’s being showcased on Peacock Originals. What a surprise. And this is not because NBC or Hulu was unhappy with the results but just that, hey wait! Why don’t you learn the reason from Howerton himself? “This has always been misrepresented a little bit,” Howerton says.

“The show did OK on NBC but not great. And certainly not good enough for them to pick it up. But it was always my understanding that the show kind of crushed it on Hulu. Then Hulu wasn’t doing work with NBC Universal anymore. So we had this large streaming audience but nowhere to put the show. Then when Peacock decided to do Peacock Originals, they picked us up really quickly.”

A.P. Bio is an American comedy television series created by Mike O’Brien for NBC. The series premiered on February 1, 2018, for a special preview and made its official debut on March 1, 2018. NBC released the primary three episodes on NBCUniversal streaming platforms after the February 1 broadcast premiere for early viewing.
In May 2018, the series was renewed for a second season that premiered on March 7, 2019. In May 2019, the series got canceled after two seasons. But the following month, Peacock picked up the series for an eight-episode third season, which premiered in its entirety on September 3, 2020.

When disgraced Harvard philosophy professor Jack Carson Griffin (Glenn Howerton) loses out on his dream job to his rival Miles Leonard (Tom Bennett), he returns to Toledo, Ohio, and works as a complicated placement biology teacher at the fictional Whitlock highschool. Jack makes it clear to his class that he won’t be teaching any biology. Realizing the features a room filled with honor-roll students at his disposal, Jack decides to use them for his own benefit: getting revenge on Miles. wanting to prove that he’s still king of the castle, Principal Durbin (Patton Oswalt) struggles to stay Griffin in check. In its second season, Jack uses his students to seek out out how the people of Toledo find happiness in their daily routine, so on mine information for what he believes is going to be a best-selling book. 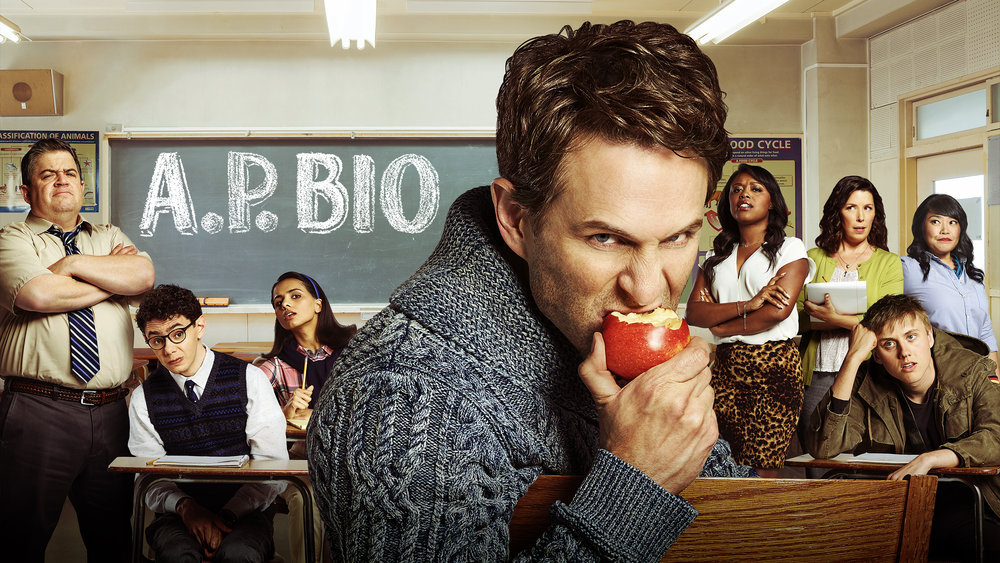 Most of it’s silly and well beyond believability, even for a sitcom, but what matters most is that A.P. Bio is funny. The show may play things a touch-safe, however, it has tons of potential to be a breakout hit because the show finds its footing. Overall, “A.P. Bio” deserves an A for effort.

A.P. Bio remains one among the flat-out funniest shows on television. If you liked the primary round, you’ll enjoy Season 2. This is a much different show tonally than its first go-around. Perhaps losing its edge is that the right move and therefore the deep cast of characters is quite up for the added spotlight.

Word of mouth from the main cast

In an interview with ‘Den of Geek‘ this is what some main cast members had to say about their character.
For instance – “My favorite part of Durbin is how he reacts with everyone around him,” Oswalt says. “The three teachers played by Jean, Mary, and Lyric treat him like a little brother that they know they can kind of tease and also get away with it. So they know just where to push him. It’s a high school that I am running as a principal but I am basically a student that is trying to fit in with other cliques. The way they write it is great.”
Paula Pell – “(She was) definitely part of a carnival of some sort,” Pell says. “Helen was definitely in a tent. Every few years they changed what the attraction was like – ‘she’s got three boobs!’ Therefore I do feel that Helen has a lot of white-knuckling positivity with some rage underneath it.” 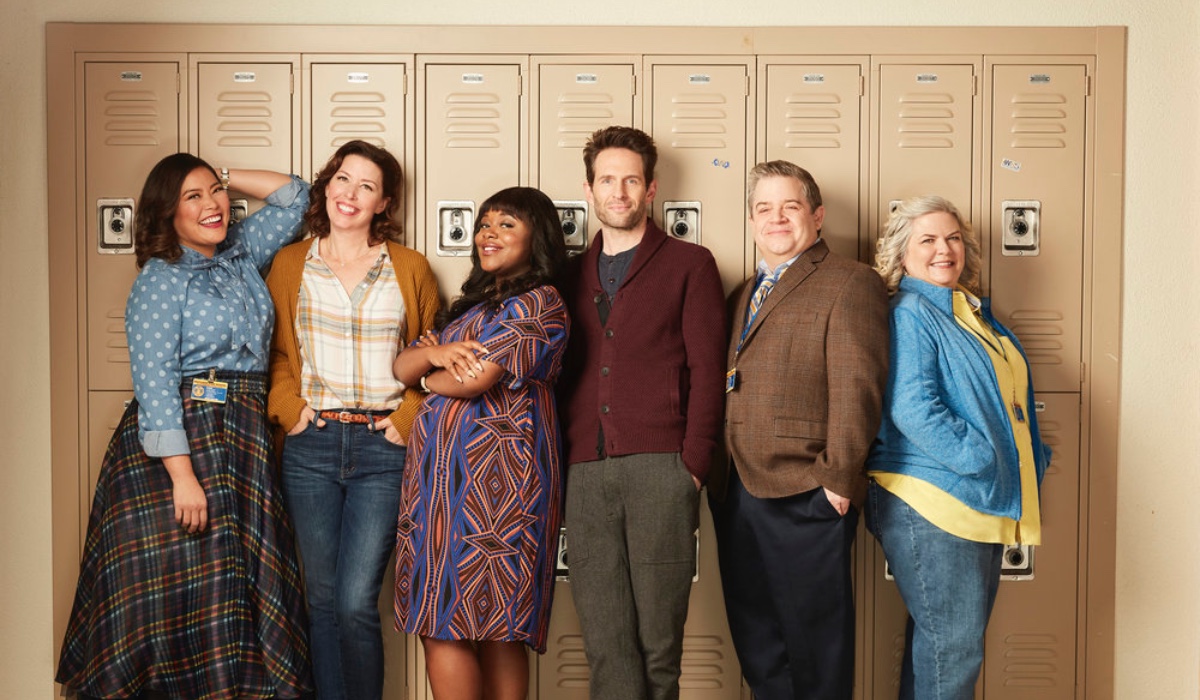 ARNOLD SCHWARZENEGGER IN A TV SPY SERIES? (& BONUS FUN FACTS!)
BIOHACKERS – WORTH WATCHING OR NOT? (NO SPOILERS)

It is pretty difficult to envision an R-rated action-comedy more boring and drawn-out than  “The Hitman’s Wife’s Bodyguard” despite all the ‘Guns...
Read more
Facebook
Twitter
Pinterest
WhatsApp
Linkedin
Email
Print
Previous articleWeight Loss and Fitness- Peter Facinelli
Next articleBergeron and Andrews exiting from Dancing with the Stars
Comments are closed.