Investigation Discovery (ID) ends the Serial Killer Week with a three-part documentary exploring the life of the infamous “BTK” killer, and the adverse effects he had on the community around him. BTK: Chasing a Serial Killer on BTK recounts the notorious killer’s crimes, the decades-long investigation that captured him, and the effects his brutal murders had on everyone in his orbit, especially his daughter who speaks openly about what it is like to be the daughter of a serial killer.

The story of ‘BTK: Chasing a Serial Killer’ 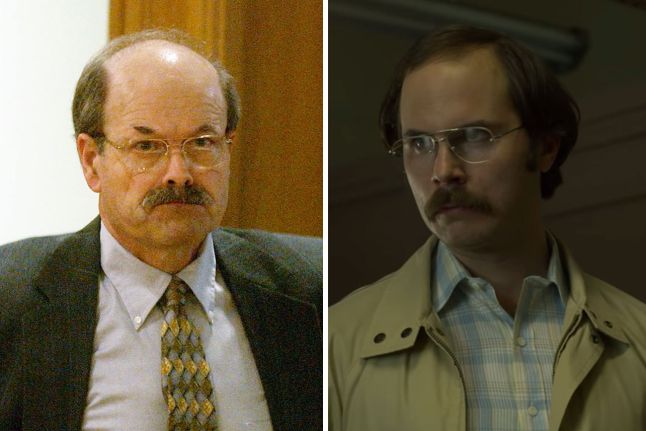 30 years, 10 bodies, and three letters which struck terror in the heartlands of America. B stands for Bind, T stands for Torture and K stands for the Kill. Wichita Kansas, built on the Prairie flats of the Midwest the largest metropolis in the state which they call the buckle on the Bible Belt. There is that house where it all started. This is where BTK made his first hit over 30 years ago. Most of the homicides were the domestic type, the smoking gun bar fights things of that nature but this particular one was highly unusual. It took the whole city by surprise.

That wood frame house was phoned to the Attero family. They had just moved to Wichita. Joseph was an Air Force veteran and his wife Julie worked in the local factory. It was very shocking for the officers. When they came up they found the parents face down in their own bedroom fully clothed obviously strangled by bags over their head. The strangled corpse of nine-year-old Joe Jr was in another bedroom but police were still to make another horrific discovery. His 11-year-old sister Josephine had been put through a different type of death than the others.

The killer had made certain there was no call for help as he disabled the phone line before entering the house. That’s what led the investigators to think that this couldn’t be a random thing. People just don’t walk in off the street and murder a family. You couldn’t get your mind around that. That didn’t happen in Wichita Kansas but Wichita was different now, BTK had arrived. Twenty-four-year-old Sire Le’Veon was at home with her three children near the hydraulic street. She was the mother alone with her children and was ill. That day at eleven-forty-five a.m. he was ready to strike. He locked the children in the bathroom and he murdered her by strangling her slowly. Then something happened. He didn’t get the phone wire cut so the phone rang would become a panic situation for him therefore he left.

At 818 one morning the police heard of a sixth murder from the killer himself. BTK made the staggering Leibold gesture of calling the police to inform them of his latest murder. Two months later in February of 1978 BTK made his next move. A package arrived at this Wichita TV station. It was a package that contained not only a letter but a poem and I have a portion of the poem here. It was titled ‘Oh death to Nancy’. “What is this that icy cold icy hands taking hold of me, for death have come you all can see, hell has opened up its gate to trick me” and then it’s signed BTK. 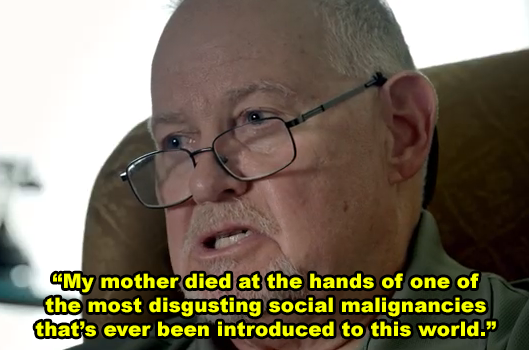 Then in 1985 after six years of silence, another body was discovered. 53-year-old Marine Hedge was found in a ditch on the outskirts of Wichita. She’d been strangled but police couldn’t be sure if this was BTK. If Marine Hedge has been killed by BTK it meant that he was prepared to wait for years to find the right victim. In 1991 six years after the murder of Marine Hedge another body was found. Sixty-two-year-old Dolores Davis was enjoying her retirement in a house on the outskirts of town. Police discovered the body under this bridge ten miles north of Wichita. They suspected she was another victim of BTK.

First of all, this program contains dramatic reenactments and material that may be disturbing to some audience members so viewer discretion is advised.

This whole documentary series focuses on first the killing spree of BTK, then the start of police investigation followed by his continuous killings, going through in between the feelings and words of his daughter and witnesses, and finally his trial. This documentary is a spine-chilling tale which is slightly ruined by weak narration. BTK: Chasing a Serial Killer is laid call at the boilerplate sort of most true crime documentaries, but the crimes and therefore the suspense of the chase keep your interest over three installments. While it doesn’t offer much within the way of the latest revelations, it details the BTK saga fairly comprehensively. Rader was convicted of the 10 murders he confessed to, and the documentary leaves open the question of whether he was involved in more unsolved killings.

The closing installment of serial murderer week does incidentally prove the psychopathic BTK killer gets what he wants. The police gave him the publicity he craved so as to trap him. The special proves the BTK name has been etched on the serial murderer hall of fame. BTK: Chasing a Serial Killer closes on footage of the victims’ families explaining to the court what the BTK cost them, but the documentary underscores how they still pay. Overall it is worth watching if you love this kind of Serial Killer documentaries.

MULAN REMAKE RELEASING ON DISNEY PLUS THIS WEEK
A.P. BIO – UPCOMING SEASON 3 AND SHIFT FROM NBC TO PEACOCK

It is pretty difficult to envision an R-rated action-comedy more boring and drawn-out than  “The Hitman’s Wife’s Bodyguard” despite all the ‘Guns...
Read more
Facebook
Twitter
Pinterest
WhatsApp
Linkedin
Email
Print
Previous articleMulan Remake releasing on Disney Plus this week
Next articleThe Boys: S02 E02 Recap with Patton Oswalt’s Cameo
Comments are closed.