In the vast monarchial history of the United Kingdom, the Victorian era was about seven long decades in which Queen Victoria reigned, the last monarch of the House of Hanover. 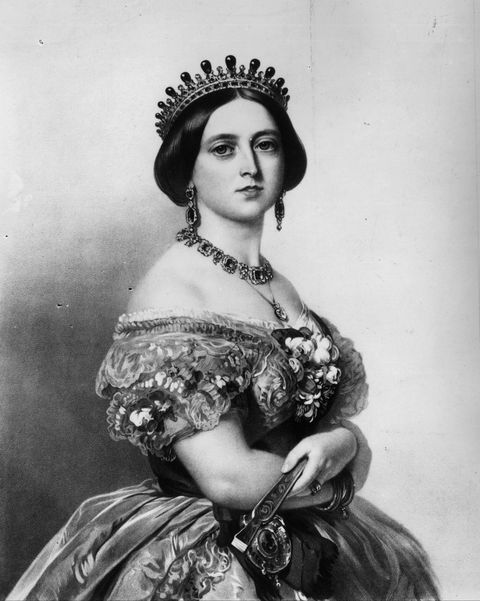 Lasting from 1837 to 1901, the women of this period experimented with various styles. While the Victorians were not very serious in life, they most definitely took their hair seriously. So much so that the hair of a woman was thought to be her most valuable possession.

While fashion was a crucial element in a Victorian woman’s life, one that reflected her wealth and status in society, the same courtesy was extended to hairstyles. Not to sound judgemental, but a woman’s hairstyle was considered to be an extension of her clothes, revealing her position and influence in the English nobility.

Hairstyles in Victorian society ranged from being extremely easy to being incredibly sophisticated. During this period, girls opted to either wear their hair down in waves, curls, or ringlets, and women in their middle ages preferred middle partings and elaborate updos.

Queen Victoria’s hairdos were very simple. Many of her pictures show her hair to be parted in the middle, looped at the sides and knotted in a low bun at the back of her head.

Women preferred their long hair since it was considered to be the epitome of femininity and being attractive. We can suppose that they didn’t have a thing for haircuts yet, unlike the women of the Regency period who wore their hair short, though the women did periodically get a trim. 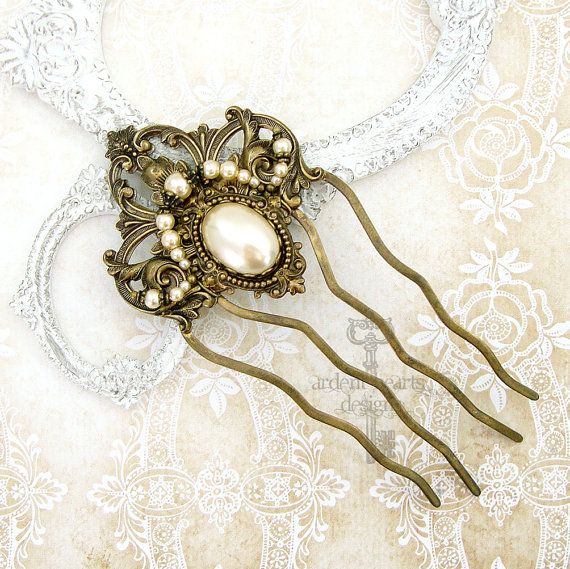 Elaborate hair accessories like ornate combs, intricate hairpieces, occasion-suited bonnets were worn with hairnets, flowers, and hats which were in vogue back then. They added an elevation to the hairstyles.

Victorian hairstyles are not only fetching but also easy to recreate. If you are fascinated with these elaborate and demure hair updos, this is just the place for you. Take a look at these prominent coiffeurs of Victorian England, and perhaps you might be inspired to give one of these a try! 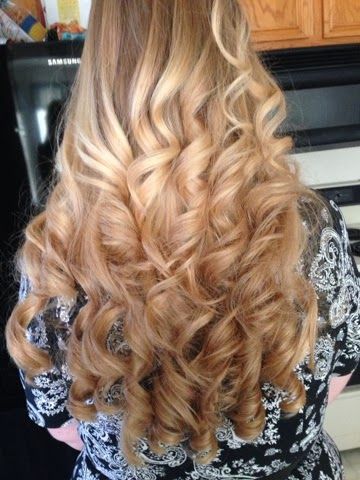 You might sometimes hear them being referred to as hanging curls or even drop curls. They were a product of the invention of the hair curling tool, the hot iron.

The French hairdresser Marcel Grateau experimented with the curling iron and created this look.

These curls look like they are natural, unlike the crimps. They frame the face of a woman beautifully and innocently.

To achieve this amazing look, you will need a Marcel curling iron. Divide the hair into small portions and put the hair in the barrel and then pinch it shut.

Wait for a few moments and then proceed to release the hair from the barrel. Repeat the procedure on all portions of the hair, and you’re all set! 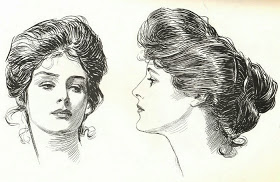 The Gibson Girl hairstyle is just a fluffy and pouty bouffant that adds an elegant element to a woman’s face, perfectly accentuating their facial features.

The term “Gibson” comes from the American illustrator Charles Dana Gibson, who made a series of illustrations on what he thought was his version of a feminine ideal. This hairdo gained immense popularity among women towards the end of the Victorian era.

Start by teasing the hair section before your ears and pin it in place using a couple of bobby pins. Arrange the rest of your hair into a firm bun at the crown of your head. You may also use a bun doughnut for this. Add finishing touches and rock this elaborate hairdo on any formal or casual occasion. 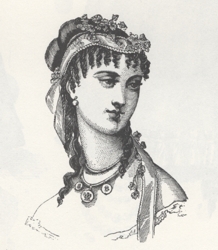 This information might come as a surprise to you, but Victorian women quite adored fringes or bangs.Fringes gave the women a neat appearance, close and high on the head. Sometimes these fringes were elaborately curved in a few tendrils and arranged to give the face a pleasing look.

False hair extensions were also favored because they were thick and sturdy enough to support heavy clips or other hair accessories. They also gave a woman access to this hairstyle without having to chop their long hair off.

Do not attempt to get bangs by trial and error at home if you are not a professional or know the basics of trimming and hairdressing. You might end up with uneven lengths of hair that will ruin the way your face is set.

If you are confident about your skills, take the front portion of your hair and use a hair elastic to secure the fringes’ length accordingly. Tie the rest of your hair at the back of your head. Use sharp scissors and snip along the length in one go. 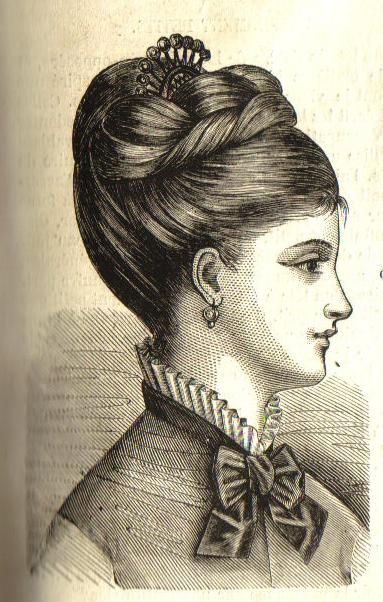 The very first thing that comes to mind when you think of Victorian hairdos is undoubtedly a classic chignon. Though classic chignons are usually reserved for formal occasions like weddings, you can wear a basic chignon on a normal office day or a casual drink with your buddies.

Originating in Ancient Greek culture, it was the ready acceptance of this hairdo by the English and French Women in the 1860s which gave rise to its sudden fashionableness. The hairdo’s modern name comes from the French phrase “chignon du cou,” which, when translated, means the nape of the neck.

Another fact that gives this updo an edge over the others is that it gave a woman with scanty and thin hair the appearance of fuller hair. Elaborate chignons sometimes needed the use of false hair to achieve this look. It was said to give a woman the charm of “innocent naughtiness” while allowing the wearer to wear it in any style.

To get your hair in a classic chignon bun, follow these steps, and your hairstyle will resemble those of Victorian noblewomen. Secure your hair in a low ponytail at the base of your head. Divide the hair into two sections and tie them in a loose knot. Wrap the loose ends alongside the bun and secure it with bobby pins.

We can deduce that the Victorians were high on showing off and preferred opulence to minimalism. Their hairdos ranged from being elegant and demure to outright outrageous.

The Victorian period was a critical phase in hairstyling, one whose contribution cannot be neglected or denied. Take inspiration from these hairstyles and attempt to recreate them. With time you will perfect them, and these hair updos will have a vital role in achieving the perfect look.

In the streaming age, a new streaming service almost always implies a beloved program is about to be...
Read more
Facebook
Twitter
Pinterest
WhatsApp
Linkedin
Email
Print
Previous articleMeghan Markle is Pregnant and is Serving Looks! Her Best Maternity Outfits Ever
Next articleLearn the Significance of Fashion- Is it any good for the community? Here is a guide to all of it