The ultimate guide to 8 fashion entrepreneurs who made a difference

A fashion entrepreneur is a person who owns a fashion enterprise, venture or idea, and accepts substantial accountability for the intrinsic risks and consequences it takes.

They work exclusively in the fashion industry, focusing on creativity and originality, sales and marketing, and business management.

While there are many fashion entrepreneurs, certain ones have made a significant difference in the fashion world with their visionary ideas and made it to the prime in their careers, influencing others to adopt their own sense of style.

We have rounded off a list of the entrepreneurs that have in some way or other taken the world of fashion by a storm and influenced the wardrobe of millions of people with their innovative take on fashion and technology. 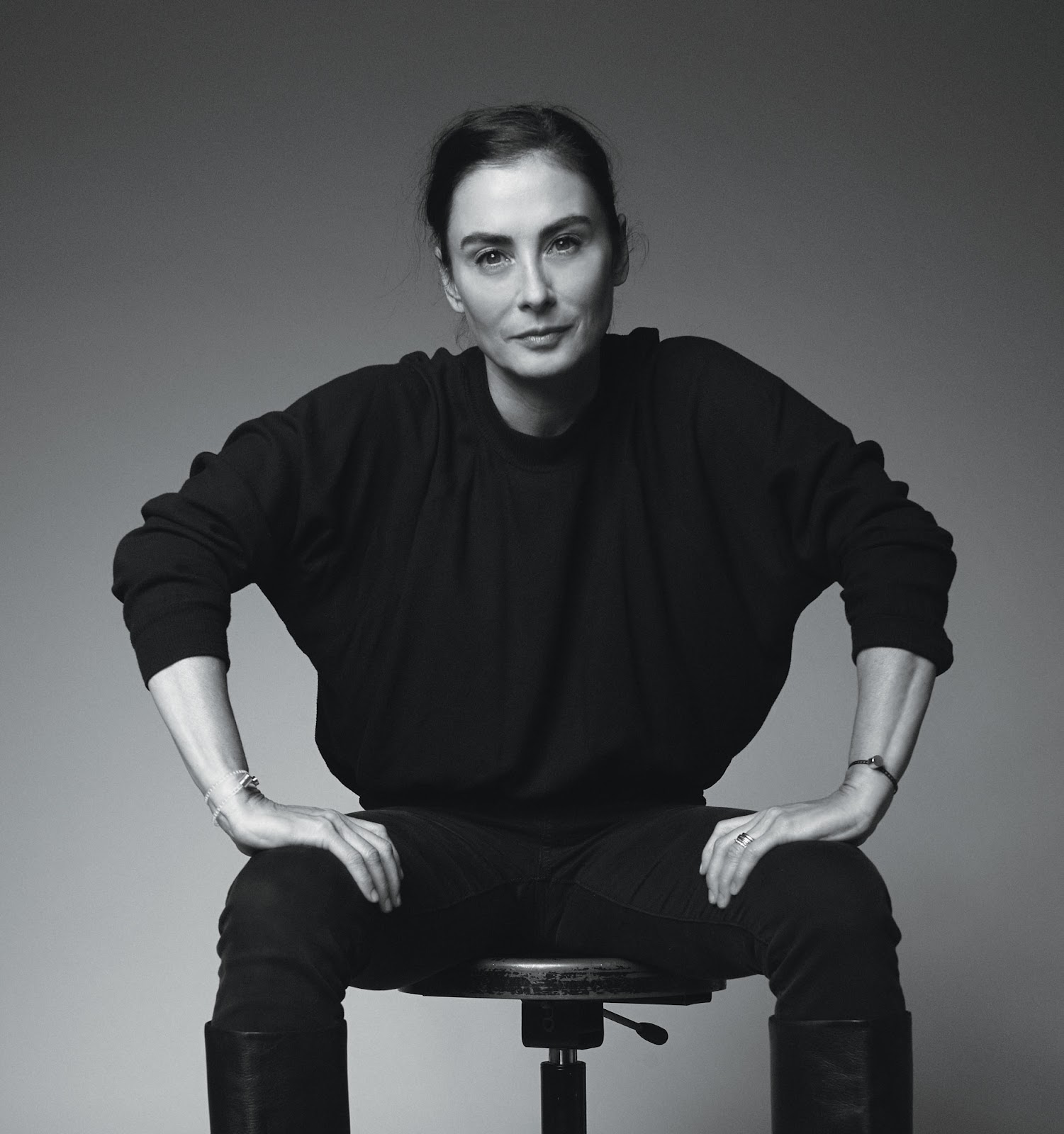 With looks to die for, the body of a runway model, and a voice as saccharine as a good Starbucks coffee, Francesca Amfitheatrof is the first female design director at Tiffany and Co.

She then went on to work as Artistic Director for Jewelry and Watches at Louis Vuitton in 2018 before finally launching her own line called “Thief and Heist.”

Apart from jewelry, she also designs hardware for belts, shoes, and handbags. With her unique designs, she has made a name for herself and made her followers fall in love with her pieces. 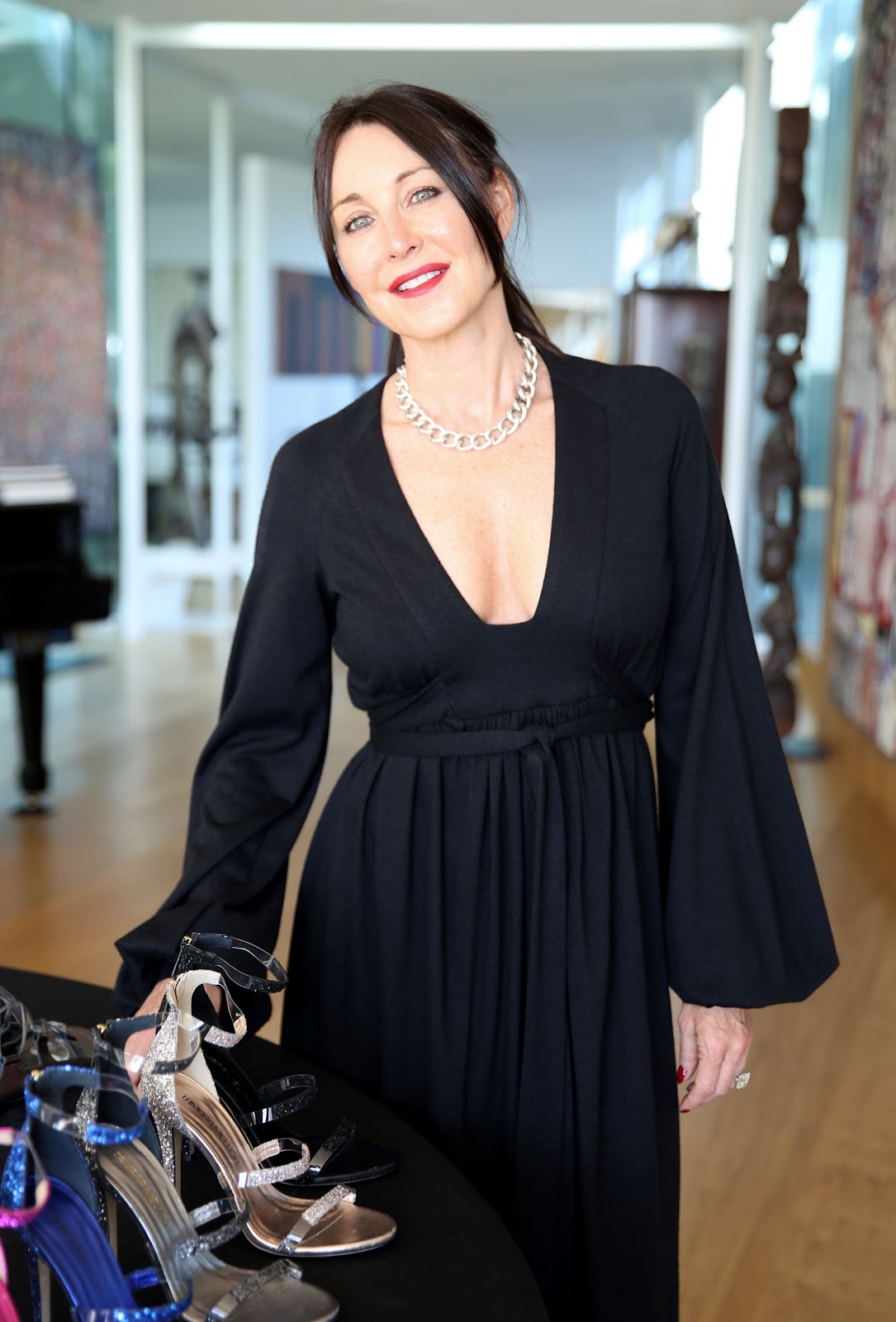 She has been associated with the luxury footwear brand that she co-founded, namely Jimmy Choo, for the majority of her professional career. Having been neglected by the label she helped to create, Mellon left it in 2011.

She faced many hurdles after she unveiled her namesake collection and filed for bankruptcy. But with her enthusiasm and optimistic zeal, she overcame the financial difficulties and climbed to achieve her visions and gained new success levels, including $87 million in funding.

She is also very vocal about women in business and was once observed quoting, “It’s important for women to work. They need to keep their independence, to keep earning and being challenged.” 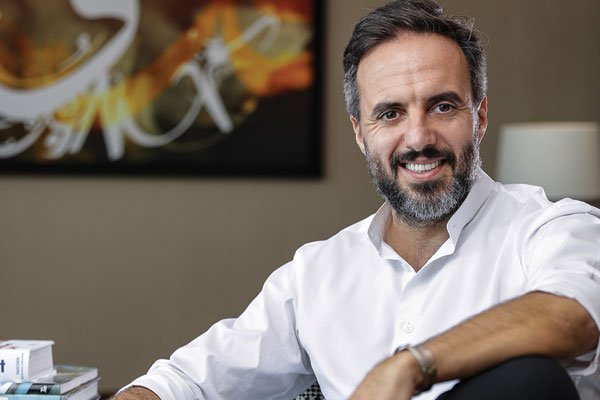 Nicknamed by the media as the “Most Powerful Man in Fashion,” he is the founder of Farfetch, a global luxury fashion online platform that is fashion’s only “unicorn.”

He went on to become a billionaire with an appropriate net worth of 2.8 billion dollars from being just an Economics major.

From disliking fashion to becoming the world’s top fashion retailer, he has come a long way. What sets Neves apart from other retail heavyweights?  A passionate sense of duty to the larger fashion ecosystem.

Had it not been for him, many local boutiques would have long disappeared. He has ousted his business rivals with his ethical business ideas and his ability to imagine and tap into the shopper’s psyche. 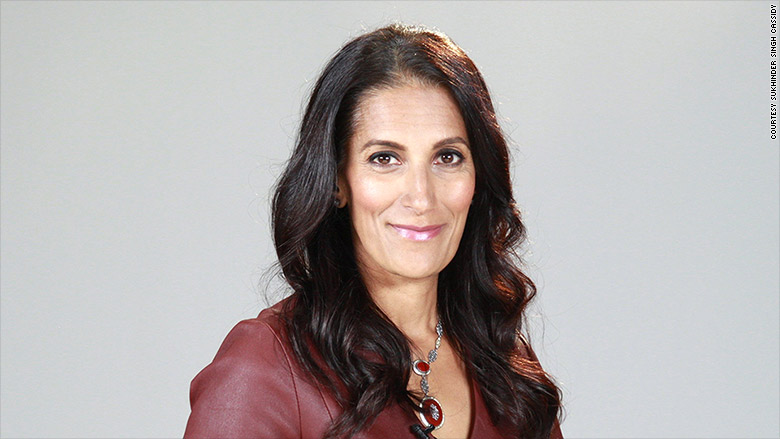 Having come from an entrepreneurial family, it is no wonder that she chose to be a businesswoman.

Having worked as a top executive at Google, Amazon, and News Corp, Yodlee, and Polyvore, she founded the video shopping platform for women, Joyus, in 2011.

With her competent experience in the tech world, she was named the president of StubHub. She also founded Polyvore, and this firm was responsible for making her known to the fashionistas.

Polyvore gives its shoppers the ability and the tools to mix and match their favorite fashion items, creating “sets” for other people to see and shop. It makes every buyer an editor, stylist, and merchandiser, all in one! 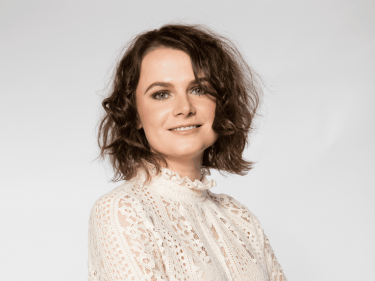 Her story is such that it is bound to inspire millions. She was an immigrant from Kyrgyzstan who lived the American dream and achieved considerable success in 13 years, the same success which some individuals get after decades of hard work. That’s some feat!

A Harvard Graduate, she used her savings to start an e-commerce site called Shoptiques and went on to make millions.

Her company uses technology — including cloud computing — to help transform indie stores into global brands. It gives small boutiques from all over the world a platform to sell their wares.

Her success inspired billions and her name was included as a member in the Forbes’ 30 Under 30 list for retail in 2015. 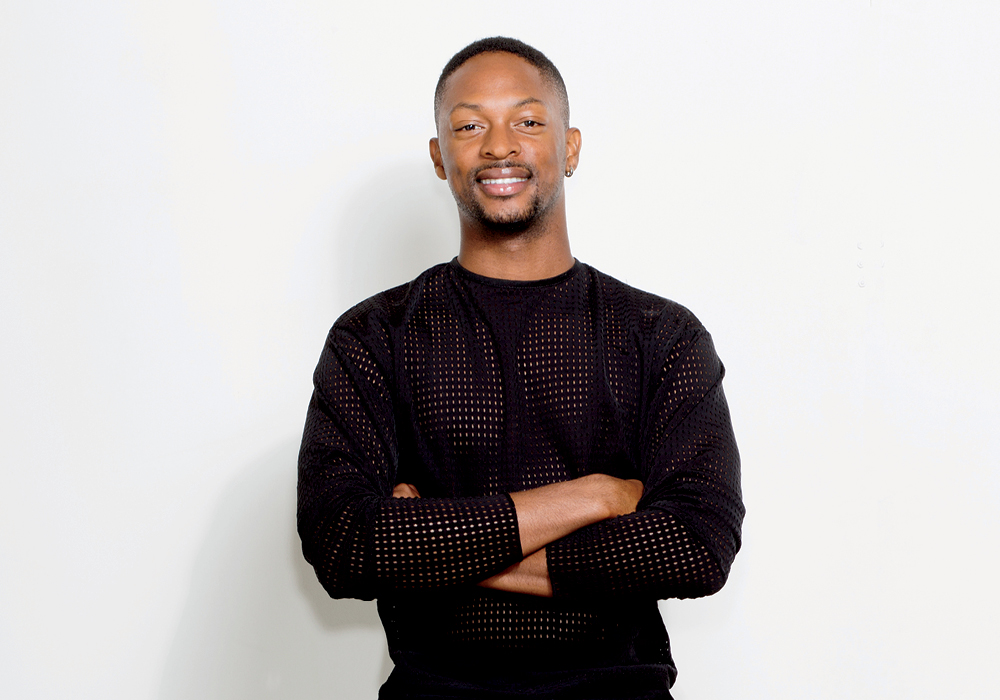 Born in Queens, he is not only an excellent fashion designer but also a respected fashion entrepreneur, having launched his womenswear clothing label, LaQuan Smith, LLC, in 2010.

He says he developed a keen interest in fashion after his grandmother taught him intricate sewing and pattern making on her old Singer sewing machine.

He has since come far from his debut in the New York Fashion Week in 2010. His designs are loved by Rihanna, Beyoncé, Jennifer Lopez, and Lady Gaga. He has indeed redefined the fashion world with his creations. 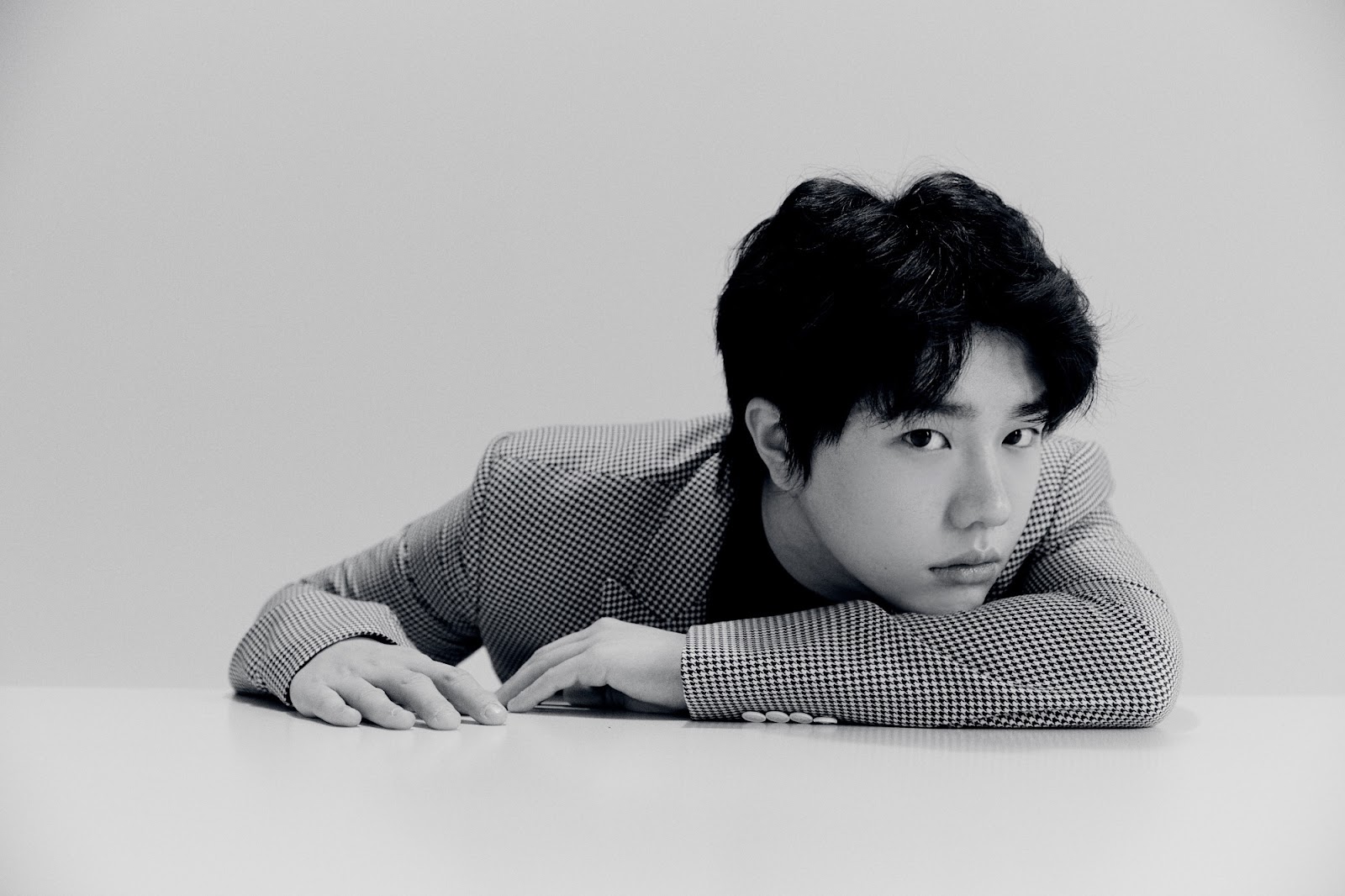 His potential came to light when he was only 22 years of age. Having graduated from Parsons, he experimented with couture techniques. His clothes, when they are worn, are aesthetically modern and feel classic in cohesiveness.

Luo has garnered plenty of attention since launching his eponymous fashion label in 2014. His pieces are described as “sophistication beyond his years.”

His collections focus on functionality and pragmatism. He uses certain feminine elements of clothing in menswear and mostly creates a unisex line of clothing.

After graduating from Parsons, Cushnie and her business partner Michelle Ochs started her fashion company in 2008, then titled it Cushnie et Ochs.

She is one of the few female black women who owns her own fashion label. The company was started to create fashion for women by women.

Its signature pieces are influenced by feminist, clean-cut modern lines and are always impeccably fit, sleek and demure.

Her work is defined as “sleek, sexy and modern,” all at once. She is often seen sporting her pieces of apparel.

Their company reached fame when the First Lady, Michelle Obama, donned their little black dress to a holiday party in 2011. Since then, they have been growing.

In 2020, Cushnie announced that she would be closing her operations due to decreasing profits amidst the Covid 19 pandemic. Though her brand has been downsized, she continues to be a source of inspiration for many.

With their impeccable tastes and their ability to make trends, these fashion entrepreneurs have made a difference and taken fashion to the next level. If these people had not taken the risk, they would not have reached the position they are in today.

Take inspiration from them and follow your dreams to make a successful career as a fashion entrepreneur.

In the streaming age, a new streaming service almost always implies a beloved program is about to be...
Read more
Facebook
Twitter
Pinterest
WhatsApp
Linkedin
Email
Print
Previous articleTips To Find Out Which Fashion Style Suits You According to Your Personality
Next articleThe Demi Lovato overdose scare – the whole story